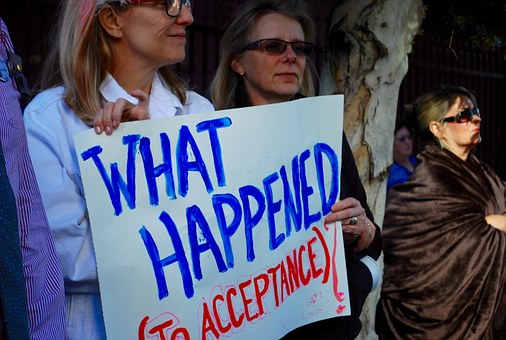 When we were kids, we called each other “homos” and “faggots.” Though we didn’t know what the words meant, they were clearly vile insults, far worse than any name we’d ever called each other.

In the years since then, I’ve come to know or hear about decent human beings who have been ostracized by family and friends, mocked, insulted, discriminated against, beaten up and even killed, simply because they are gay.

But instead of trying to put a stop to this nonsense, many religious leaders persist in demonizing gays. They persist in preaching that homosexuality is a sin people choose to commit. They equate the choice of our love/sexual partners with other sins. Today, we might choose to tell a lie and tomorrow, repent and tell the truth. Today, we might steal some money and tomorrow, repent and give it back.

But if it were that easy, why are millions of Americans gay?  Why would anyone in their right mind choose to endure that kind of abuse—if they really had a choice in the matter? 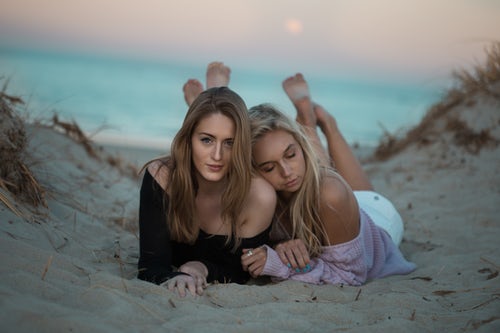 Does The Bible Really Condemn Gays?

Some scholars suggest that the intention of these passages is not to condemn homosexuality itself, but rather, other actions of the people involved.  This is like when the Bible condemns King David for marrying Bathsheba, it isn’t rejecting heterosexual marriage, but King David himself, who had Bathsheba’s husband killed and then took her as his own wife.

Similarly, the story of the destruction of Sodom and Gomorrah in the book of Genesis is often cited as “proof” that God hates gays. But if we take the time to read the story, it’s hard to support that conclusion.  This story, in the book of Genesis, tells of  a good man named Lot, who lives in the city of Sodom. Lot was visited by angels in the form of men.  While these angel-men were guests at his house, a mob of men from the Sodom surrounded his house, demanding that the men be brought out so that they could have sex with them.

Sodom and Gomorrah: Rape, not Homosexuality

What do we call it when someone forces himself sexually on another? We call that “rape,” do we not? This story is about an ugly mob contemplating a gang rape, an act of violence and humiliation. It has nothing to do with loving, consensual gay sex. 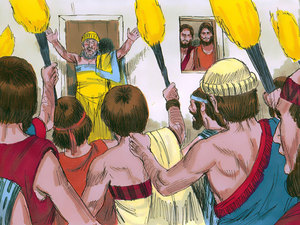 The story of Sodom is a story of a mob & gang rape.

Had these men instead been clamoring to have women brought out to them so they could rape them, no one would claim that the story proves that God hates heterosexuals.

The story goes on to say that God destroyed Sodom and Gomorrah by raining down fire and brimstone.  But nowhere does the Bible make a link between homosexuality and the destruction of the cities. The Book of Genesis says God destroyed the cities because the people did wicked things. This obviously could mean a lot of things.

But later, the book of Ezekiel sheds more light on the subject. It says Sodom’s sin was that people were “arrogant, overfed and unconcerned; they did not help the poor and needy. They were haughty and did detestable things before me” (Ezekiel 16:49-50).

Isn’t that exactly what’s happening in America today? At a time when hundreds of thousands are homeless and many millions of working families are sinking deeper into poverty every year, we have a President and a Congress whose number one priority is giving whopping tax cuts to some of the wealthiest people on the planet.

It may well be that the United States is on the road to becoming another Sodom and Gomorrah, but for a different reason than is suggested by those who constantly wring their hands over the evils of homosexuality.

The Bible Condemns Many Things We Choose to Ignore

The Bible says women are unclean during their menstrual period, and anyone who even touches a woman during this time is also unclean (Lev.15: 19-24).  Today, this is utterly ignored.

The Bible also prohibits eating pork, and even touching part of a dead pig makes a person unclean (Lev. 11:6-8).  Today, America’s pork industry is booming, and many American men have spent countless hours throwing around a pigskin.

Since our society is obviously in agreement that we aren’t required—and actually should not–follow everything the Bible says, it seems reasonable to ask why it is acceptable to ignore some things, but not others.

Tremendous Advances Since The Bible Was Written

One reason is the tremendous advances we’ve made in the thousands of years since the Bible was written.  Perhaps, way back when, men were mystified, even terrified, when women bled during their periods.  Today, science gives us an understanding of how a woman’s body works and culturally, women command much more respect.  Consequently, we find the idea that women are unclean during their periods to be utterly ridiculous.

Shouldn’t We Have Learned SOMETHING About Homosexuality?

Likewise, haven’t we, or shouldn’t we have, learned something about homosexuality over the last few thousand years?  Today, most experts in human sexuality agree that we are born with our sexual preferences, and cannot change them.  Biological research even suggests there may be a link between brain structure and homosexuality.

If we just take the time to listen, just maybe we might give gays the benefit of the doubt when they tell us that homosexuality is not a sin they chose to commit.

If gays don’t choose to be gay, why are people of faith persecuting them?

Some Bible Passages Overrule Others

Another reason we ignore certain Bible passages is that other passages overrule them.  For example, Christians tend to ignore the teaching about pork, shellfish, and other foods prohibited by the Bible because St. Peter’s vision in the Acts of the Apostles declared all foods to be clean. Jesus told us that it’s not what goes into our mouths that makes us unclean, but what comes out of it.

Likewise, even if we believe that a few Bible passages condemn homosexuality, doesn’t the overall message of the Bible override those passages?  Jesus teaches “do not judge,” and “love your neighbor” and even “love your enemies.”

Nowhere does Jesus commission anyone to be sex police or instruct us to make life difficult for people who commit sexual “sins.”  When an angry mob approached Jesus, dragging a woman caught in adultery, Jesus does not approve of their intention to stone her to death.  Instead, He said, “Let he who is without sin cast the first stone at her.”

Another theme that runs through the Bible is that God is a loving father.  Officiates at weddings often quote from the story of the creation of Adam and Eve in the book of Genesis, where God says, “It is not good for man to be alone (Genesis 2:18).”  They go on to wax eloquent about this in this beautiful relationship that is like no other, partners experience such intense joy and love that they get a glimpse of the glory of God.  Are we to believe that a loving father would create such relationships only for heterosexuals?  Would a loving father tell gays to choose to:

1) Go through life alone without a partner; or
2) Marry someone of the opposite sex, in which there is no love or attraction, and live in a marriage that is a lie; or
3) Find a same-sex partner with whom there is love and attraction, knowing the relationship will be an “abomination” before God.

Does a loving father act that way?

Some say that allowing gays to marry would destroy the sanctity of marriage.  That gives gays an awful lot of power, since the source of the sacred in marriage is the inexhaustible fountain of God’s love.

Certainly, many heterosexuals haven’t exactly brought honor and glory to the institution of marriage.  Some have married and divorced umpteen times.  Others have married to get their partner’s money. Still others have verbally and physically brutalized their spouses—and even murdered them. And yet, the sanctity of marriage has survived.  If the sanctity of marriage can withstand heterosexuals murdering their spouses, just what exactly could gays do to destroy it?

If two men or two women deeply love each other, and want to stand before God and everyone else to promise “till death do us part,” who are we to stand in judgment and say that God is not in the middle of that relationship?

Let’s remember the early Christians. Even their persecutors would say to one another in amazement, Look at these Christians.  See how they love one another.

More recently, Mother Theresa’s devotion to the poorest of the poor often inspired people around her. One man was so moved that he said, “All my life, I’ve been an atheist, but watching you today, I felt the presence of God for the first time.”

If no one has said that about our church and our own personal faith in a while, perhaps we should focus our efforts on doing something about that, rather than on condemning others for their sexual “sins.”

The choice is ours.  Will our faith promote love and acceptance—or hatred and intolerance?  The decision that each one of us makes will resonate throughout America and the world.