We Americans think of ourselves as a godly nation. Our money says, “In God we trust.” We sing “God bless America.” Our Pledge of Allegiance proclaims we are “one nation under God.” 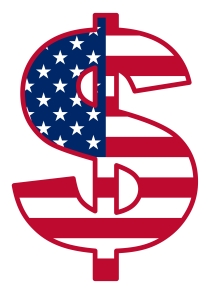 The Bible demands justice
Though we constantly proclaim our godliness, our nation ignores the Bible’s  demand for justice. In hundreds of passages, the Bible speaks of our duty to help the poor and its pages practically scream out loud in outrage, denouncing those who oppress the poor and don’t pay workers a fair wage.

Incredibly, many religious leaders have absolutely nothing to say as a tiny group of elites grab more and more and still more of the nation’s wealth and power. They are silent as they watch millions of people being crushed in a political and economic system run amok.

If “one nation under God” is to be more than just hollow words in the Pledge of Allegiance, we need to address some serious issues.

WORK AND THE SPIRIT
In a nation under God, companies would respect the spirituality of work. The Buddhists speak eloquently of the doctrine of “right livelihood,” a concept that is certainly very compatible with America’s Judeo-Christian heritage. The idea of right livelihood is that through our work we should express our souls and provide meaningful service to others.

Yet, American corporations have demeaned and trivialized work. They have invented and propagated the assembly line, the fast food restaurant and the data entry job in which people work hour after stultifying, soul-deadening hour, performing mindless, repetitive tasks.

Corporate executives are continually busy, dumbing down and de-skilling more and more jobs so that their fellow human beings become just like tiny parts in a colossal machine: cheap, interchangeable and expendable.

PAYING FAIR WAGES
In a nation under God, businesses would surely respect the most obvious need of their workers: to earn a living and support their families.

In a nation under God, the minimum wage would not be frozen at $5.15 an hour for seven years and then frozen again at 7.25 an hour.

In a nation under God, people working full-time jobs would not live in homeless shelters because their pathetic wages aren’t enough to even pay for a roof over their heads.

In a nation under God, people would not accept the lame excuses of multi-billionaires who claim market forces compel them to pay poverty-level wages here a home and look for even cheaper wages overseas. They would like us to believe they have nothing to do with creating those market forces.

Idolizing corporate leaders–A nation under God would not idolize people like former Disney CEO Michael Eisner, who paid himself $4 million a week, while denying his minimum wage employees health insurance; or Neutron Jack Welch, former CEO of General Electric, who threw 100,000 employees out on the street in order to pay huge dividends to wealthy stockholders and create his own obscene compensation package. Welch’s severance alone amounted to $417 Million.

In a nation under God, our leaders would not give a damn about repealing the so-called “death tax,” which actually is a tax on wealthy estates, but they would be outraged that struggling working families are paying more tax than many millionaires and some of our most profitable corporations.

THE VALUE OF HUMAN LIFE
In a nation under God, companies would value the lives and health of their workers. But this nation still bears the scars and the shame of the slave trade, in which many Americans treated human beings worse than cattle. Mark Twain captured the callous, inhumane attitudes many Americans of the time held toward the slaves in a passage from Huckleberry Finn.

Huck, who had just been on a trip on a steamboat, told a woman there had been an explosion on board the boat.

The woman said, “Good gracious! Was anyone hurt?”

“No, Ma’am. Slave got killed though.”

“Well, that’s lucky. Lots of times a person will get hurt when something like that happens.”

Though slavery was abolished 150 years ago, the same callous, inhuman attitudes that allowed the slave trade to flourish are alive and well in our corporate boardrooms.

It took over 100 years from the time our government recognized that people have a right to be free from slavery to the time our government also recognized that people have the right to work in safe jobs, in which they can reasonably expect that they will not be crippled or dead at day’s end. It may take another 100 years until that right is respected and adequately enforced.

A few years ago, a respected medical journal published a study that estimated that 67,000 workers die from their jobs each year. To put that in perspective, this estimate says that jobs are the number three killer of working age Americans, behind only heart disease and cancer.

Yet, most people have no idea of the magnitude of this problem because our corporate media is far too obsessed with transgenders in the girls’ bathroom, the latest pearls from the lips of Donald Trump, and Tom Brady’s Deflategate scandal. The media is too obsessed to notice that America’s workers are dying in droves.

Meanwhile, our government, even in the face of such a staggering estimate, has never bothered to even attempt a comprehensive workplace body count. In business, they say what gets counted counts. Clearly, the lives of American workers don’t count.

“Good gracious! Was anyone hurt?”

“No, ma’am. Slave got killed though.”

Corporate war on OSHA  The Occupational Safety and Health Administration (OSHA) is the government agency created to enforce the right to safe work. Our corporations have hated OSHA since day one. They have viciously attacked it and used their considerable clout to slash OSHA’s budget, staff, and enforcement power. They’ve demanded that OSHA be a cooperative friend of business, rather than an agency that strictly enforces the law and slaps violators with hefty fines. Over and over again, we’ve seen how well that works.

The crippling of a Chicago worker A few years back, a Mexican immigrant named Rodrigo Mina was working in a Chicago tortilla plant when he slipped and fell. He stretched out his hand to break his fall, but instead, got it caught in between two conveyor belts. This only happened because his employer ignored OSHA regulations that require a protective machine guard. Then, for ten long minutes, Mina screamed in agony as the machine made hamburger out of his arm and his frantic co-workers scrambled, trying to figure out how to turn off the machine. They didn’t know because again, their employer had violated OSHA regulations that require proper training.

In the end, Mina may never get much use out of his arm and may never be able to hold a decent job again. The ever-cooperative OSHA decided that these violations warranted a fine of only $2,000, even though this company had been repeatedly cited for the same violations that caused this accident.

After 9/11, when terrorists killed 2700 people one time, our government wasted no time in creating a cabinet-level office of Homeland Security, and we have spent trillions chasing real and imaginary terrorists across the globe. Yet, the same Congress and the same President actually cut the meager $500 Million budget of OSHA, despite the fact that workplace deaths amount to the equivalent of two 9/11 attacks every single month.

Work longer–for less! Whether we have good jobs or lousy jobs, many people are forced to neglect their families as their employers demand that they work longer, harder, faster, producing more with fewer people under more stress–until people drop dead of heart attacks.

Meanwhile, millions of others pound the pavement, week after week, month after month, desperately searching for a decent full-time job, until they become so angry and so frustrated that they lash out and hurt someone—or sometimes, take their own lives.